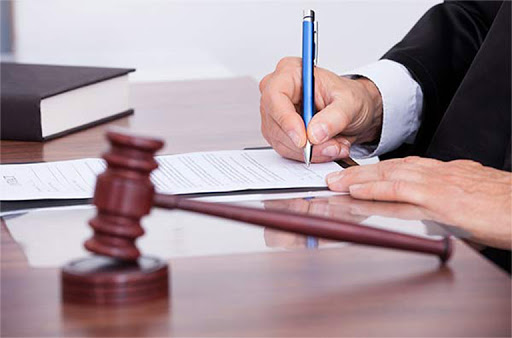 Advocate: The matters of law need to be treated seriously by all of us. Various legal terms are used. When it comes to the general public, it is seen that the meaning and interpretation of such legal terms are often assumed. However, how they are understood and interpreted has a profound bearing and legal implications. It is also of critical importance that we understand these terms correctly as much as possible. Much in line with this, we often assume that the role of an advocate and that of the lawyer is the same. But there is a significant difference. So let us first try and understand advocate meaning and after that go into the role they usually perform.

You can read also: Are Arrest And Custody The Same?

The Meaning of the Term “Advocate”

If you check in the dictionary, you would find the advocate is a person who pleads for another’s cause or writes in support of something. Putting it in other words, an advocate is a person who speaks, writes, or acts in defense of another person. He usually does this in a court of law. On the other hand, a lawyer is an advocate when he represents his client in the courtroom. If you check, you will find that sometimes the terms like a lawyer are also used interchangeably along with others like an attorney or even a barrister. But you should note that there is a difference between an advocate and a lawyer. You might have also come across the term the devil’s advocate. It usually represents a person who acts in support of the devil or someone evil.

The primary role of an advocate

The advocate’s profession is considered a noble one. It is different from the other professions because it is a part of the judiciary and administrative service. Speaking of it as a noble profession, there are specific ethics and etiquette that advocates must follow. It is expected that every advocate should follow them. While they conduct the proceedings before the court, it is expected that he would function intelligently. Essential Functions of the advocate can be put under the five following heads.

Apart from the main functions listed above, the advocate also has to carry out certain other functions too, which are necessary to conduct proceedings in the court of law. There are various ethics and etiquette that need to be followed by the advocate. He needs to act legally and also prudently, and cautiously as well. If he fails to follow the expected ethics and etiquette, he has conduct professional misconduct. They are also punishable accordingly. Let us now take a look at the qualities that make a good advocate.

What makes a good advocate?

Advocacy is, by all means, an essential skill, and good advocates make a big difference in the lives of people, their businesses, and society at large. The following are important skills that separate good advocates from others.

Once an advocate takes up a case on behalf of his client, he needs to study it closely and take complete authority of it. Once he does this, he must be able to present the case to the job in the best way so that the interest of their client is adequately safeguarded.

Should be able to maintain complete focus

A good advocate is capable of maintaining complete focus on the case throughout its tenure. Only with full focus will he be able to deliver the best performance as is expected.

Must have the right analytical skills

You need to note that every case has some open facts as well as evidence. Studying them intensely and analyzing them correctly is crucial to enable the advocate to do his best.

The five essential Ps that a good lawyer must possess

Any good advocate needs to have the following five Ps to be successful in this profession. These are as follows:

So, if you think about who is a good advocate near me, you need to ensure that they have the five qualities mentioned above, all starting with the alphabet “P.”

He should be one step ahead of his opposition.

Last but not least, a skillful advocate is always one step ahead of his opposition. If they can do this as a client, you can be assured that your best interests are safeguarded.

To conclude, we hope that after reading this blog, you would now be aware of the meaning of the term advocate and the role they are expected to perform. We also have outlined the essential qualities or skills that a good lawyer should have. So, while choosing the right advocate, don’t just go by the advocate logo but the skills mentioned here.

All You Need To Know About Advocates