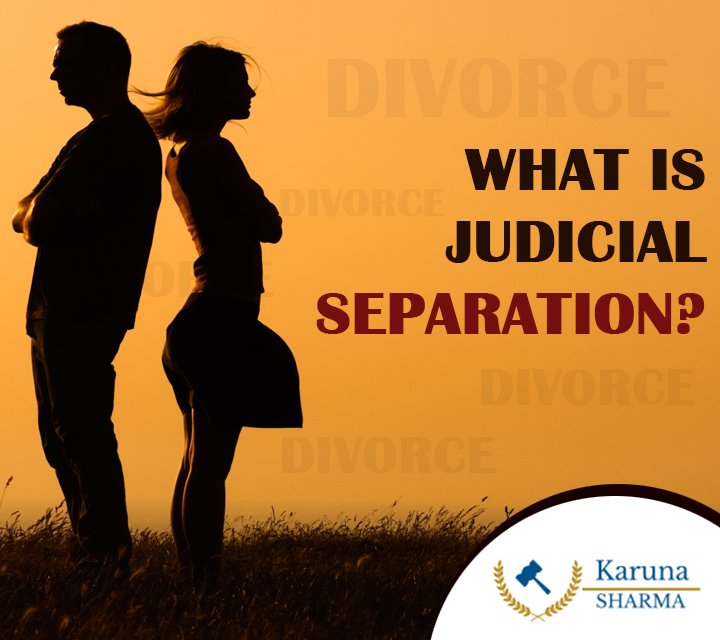 Marriage is regarded as a holy bond in our country, but if a person is unhappy with a relationship, they should be able to end it. However, people believe that if they get a divorce under the Hindu Marriage Act of 1955, they will get out of their marriage.

This act makes it illegal to end a relationship without reasonable grounds. There should be specific reasons for this. To separate ethically, people who follow the schools Hindu law can end their relationship/marriage civilly through Judicial Separation. This article will explore what judicial separation is, the various conditions for judicial separation, and what it means under the Hindu Act of 1955.

You can read also: What Is Arya Samaj Marriage?

What is Judicial Separation?

Under the Hindu Act of 1955, Judicial Separation is a legal process that allows both partners in a broken marriage to take some time for self-reflection. The Hindu law allows both the husband and wife to reconsider the length of their partnership while also encouraging them to live separately. By doing so, the sources of  Hindu law provides individuals with the freedom and independence they need to consider their future options, and it is this freedom and autonomy that the law protects.

Under section 10 of the Hindu Marriage act of 1955 provides legal and social separation for both parties who were married under this act. By filing a petition, they can pursue Judicial Separation relief.

If these criteria are met, the judiciary will then look into the contents of the petition. According to the Hindu Marriage act of 1955, the petition must contain the following VALID details according to the Order VII Rule 1 of the Civil Procedure Code, 1973:

If all these criteria are met, the court will move the case forward for Judicial Separation. The case is then reviewed, and the separation plea  is granted if the following situations are the reason behind the failure of the marriage:

Adultery – Judicial separation will be granted in case of a situation in which one of the spouses deliberately engaged in sexual activity with someone other than his or her spouse. The victim might seek remedy in this case only if the intercourse has taken place after the marriage.

Cruelty–  Judicial separation will be granted in case of a situation in which a spouse acts violently to his or her partner after the marriage or inflicts emotional or physical suffering. The victim has the right to submit a petition alleging cruelty.

Desertion –  Desertion offers the wounded party the right to seek judicial separation remedy if the spouse left the other spouse for whatever reason without informing him or her for not less than two years before the other spouse filed the petition.

Venereal Disease –  Judicial separation will be granted in case of a situation where one of the parties to a marriage, or a spouse, has an incurable and contagious condition that the spouse was unaware of at the time of marriage; it could be a valid reason for the spouse to file a petition for judicial separation.

Civil Death – If a person has been missing for seven years or more and his or her relatives or any other person has not heard from him or her, it is assumed that they are dead, and the other spouse can file for judicial separation.

Sanyasaa–  Renouncing the world is referred to as “Sannyasa” in the Hindu religion. Renunciation from the word denotes a person who has given up the world and lives a holy life, regarded as civil death. If a spouse chooses to live a religious life and renounces the world, their partner can move for judicial separation.

Under Hindu religion and law, the purpose of marriage is to allow a man and a woman to complete the religious obligations of God’s created life. Moreover, marriage is defined as establishing a connection between a husband and a wife that is unbreakable even in death. This is why in case of a need for separation, the Hindu law and court requires the couple to establish reasonable grounds to appeal for “divorce.”