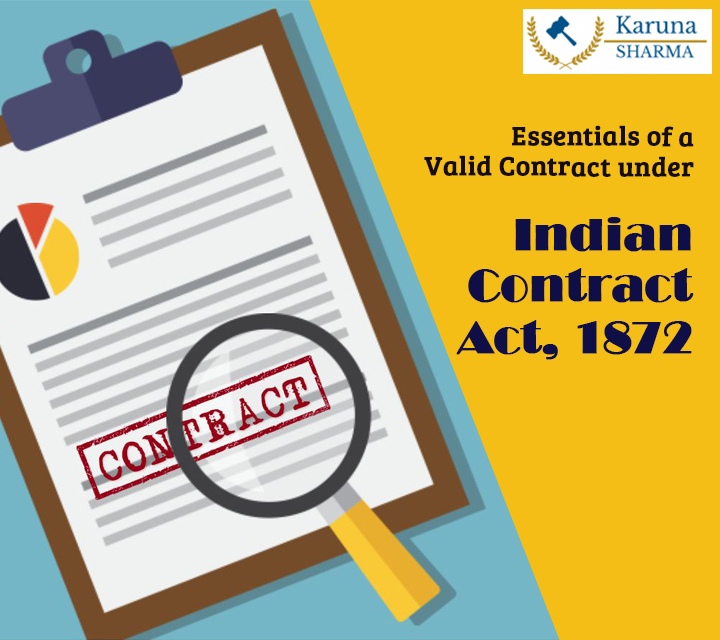 The Indian Contract Act, 1872, establishes the law governing contracts in India and is the most crucial legislation administering contract law in India. The Act is based on English Common Law principles. It applies to all Indian states. It specifies the conditions under which assurances given by parties to an agreement are legally enforceable.

The Indian Contract Act has a prominent position in commercial law. It would have been challenging to maintain exchange or any other commercial activity and employment legislation without the Contract Act. Thus, the Contract Act is not only a concern for the business community; but it has an impact on everyone. The Contract Act’s purpose is to guarantee that the rights and responsibilities resulting from a contract are honoured and that adequate remedies are provided to harmed individuals.

According to Section 2(h) of the Indian Contract Act of 1872, a contract is “an understanding that is enforceable by law.”

You can read also: What is Jurisprudence and its kinds?

Division of the Indian Contract Act

The Indian Contract Act used to have a broad scope, with sections 1 to 75 dealing with general contract principles, Sections 76-123 with the Sale of Goods Act, Sections 124-147 with Contracts of Indemnity & Guarantee, Sections 148-181 with Contracts of Bailment & Pledge, Section 182-238 with Agency, and Section 239-266 with Partnership Act.

A “contract,” according to the Indian Contract Act of 1872, is a legally binding agreement. Agreements that are not legally binding are not contracts. An “agreement” is defined as “a promise or a collection of pledges” that create mutual consideration. When a proposal is acknowledged, a promise is formed. A contract, in other words, is made up of an ‘offer’ and its ‘acceptance’.

An “offer” is the first step in the agreement-making process. Every agreement starts with one party attempting to sell something, deliver a service etc. A proposition or offer is made when a person who wishes to create a legal obligation expresses his intention to do or not do something to another to secure that other person’s permission to such an act or abstention.

Acceptance of the offer leads to an agreement. As a result, “acceptance” is the second step in the contract’s completion. The act of manifesting the offeree’s consent to the terms of the offer is known as acceptance. It expresses the willingness of the offeree to accept the conditions of the proposal conveyed to him. An acceptance must ultimately match the requirements of the offer, be unconditional and absolute, and be notified to the offeror to be legitimate.

If “it is made for a lawful consideration and with a legitimate purpose, with the free consent of the competent parties to the contract, and is not expressly declared to be void,” then the agreement is a contract. The contract should be specific to establish a legal relationship. A contract’s parties must be legally capable of entering into one. According to the Contract Act, “Every person who is of legal age and healthy mind, and who is not barred from contracting under any regulation to which he is subject, applies to contracts.” Minors, individuals with weak brains, and those prohibited from shrinking by law are all ineligible to contract in this way.

As a result, minors, individuals of unsound minds, and anyone barred from contracting under any law are incompetent to contract.

Consent is a critical component of every contract. If there is a misrepresentation, a mistake, or anything similar, the contract becomes void. Specific performance is provided in a contract violation, although different exclusions are depending on the context.

A valid legal contract is created when all of the necessary components of an agreement are met, and it takes effect from the day it is signed.

It should be enforced by law as mutual and legitimate payment for agreement. As a result, the goal should be to establish a legal relationship. In addition, parties should be competent to contract, and the deal should not have been ruled void under the Contract Act or any other legislation are other vital aspects of a legal contract. If any of these conditions are not met, the contract becomes void.

Every individual creates contracts in their everyday life. With the growth of trade, business, and industry in contemporary civilisation, man’s ability to make contracts improves. People can strike the most acceptable bargain to contract because of the law’s conferment and protection. Moreover, people have the freedom to regulate and define their relationships in any way they see fit. These fundamental concepts are described in the Indian Contract Act of 1872.

It allows contracts to work properly while also providing remedies to those who are harmed. As a result, the Indian Contract Act, 1872, is undoubtedly one of India’s most significant legislation.

You can read also: Points to know About Property Tax?

All You Need To Know About Advocates