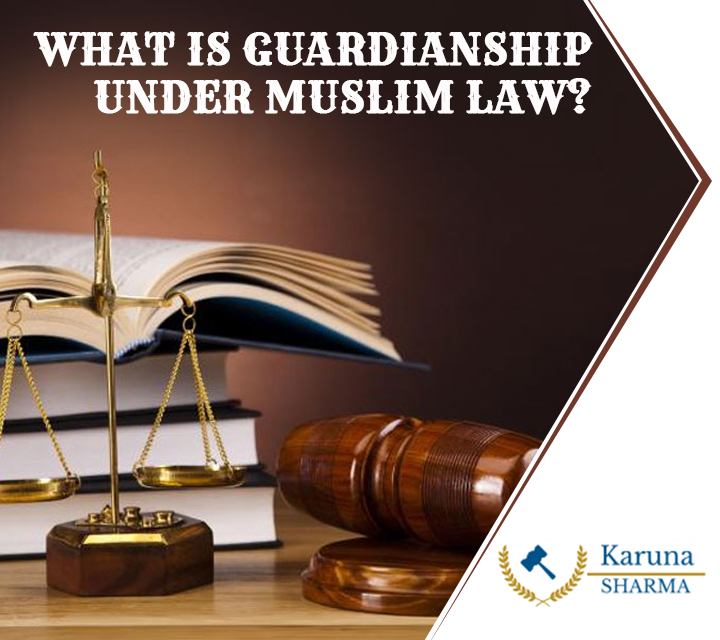 The general control of a minor’s temperament is referred to as guardianship. It refers to the child’s care and well-being and the responsibility to care for them. In this article, we will be discussing what guardianship is under Muslim law, and what it means, its powers and its responsibilities.

There is a different guardianship law in Muslim law called Hizanat, and the age of the minority is also different from other laws. According to Muslim law, a minor is 17 years old for boys and till puberty for girls.

The general control of a minor’s temperament is referred to as guardianship. It refers to the child’s care and well-being and the responsibility to care for it. It’s more than just having custody of the child when they reach a certain age.

Guardianship is the legal right to regulate the movements and acts of a person who is unable to care for himself and manage his affairs due to mental flaws, such as an infant, an imbecile, or a lunatic. It includes the ward’s custody as well as the authority to deal with the ward’s possessions.

You can read also: What are the Intricacies of Practicing Sharia Law in India?

What is guardianship under Muslim Law?

The Muslim rule of guardianship is based on a few verses in the Quran and a few Hadis, the sources of Muslim Law. There are three different types of guardians in Muslim law:

However, only the father’s legitimate children are under his jurisdiction. He is not entitled to guardianship of the illegitimate children. For example, a Muslim mother may have custody of her children, but she is not permitted to be their guardian.

In the absence of the father or his executor, the minor’s natural guardian, the paternal grandpa, is in control of the minor’s person. On the other hand, “custody of the child” merely refers to the child’s actual possession (custody) at a given age.

Except in two instances, the mother has no power to appoint a guardian for her children in both Shias and Sunnis:

According to Muslim Personal law board, a boy or a girl’s minority ends when they reach puberty, also known as ‘Bulugh’ in Urdu. And the child is free to marry whomever he or she wants, with no intervention. It is thought that a child reaches majority at the age of fifteen in Hanafi and Shia Muslims. The guardian’s connection with the child is fiduciary. This is to ensure that the minor child does not act in their own best interests.

Assuming that the minor kid is unable to care for himself, a guardian must be appointed, who must be an adult and capable of making decisions on behalf and in the best interests of the minor child.

Guardianship under Muslim Personal Law is an essential element of people’s laws, and it has been codified via legislation over time. The Guardians and Wards Act is a piece of legislation passed by Parliament that deals with guardianship rules and procedures in Indian Muslim personal law.

What are the three violation of rights of Scheduled tribes

What is Jurisprudence and its kinds?