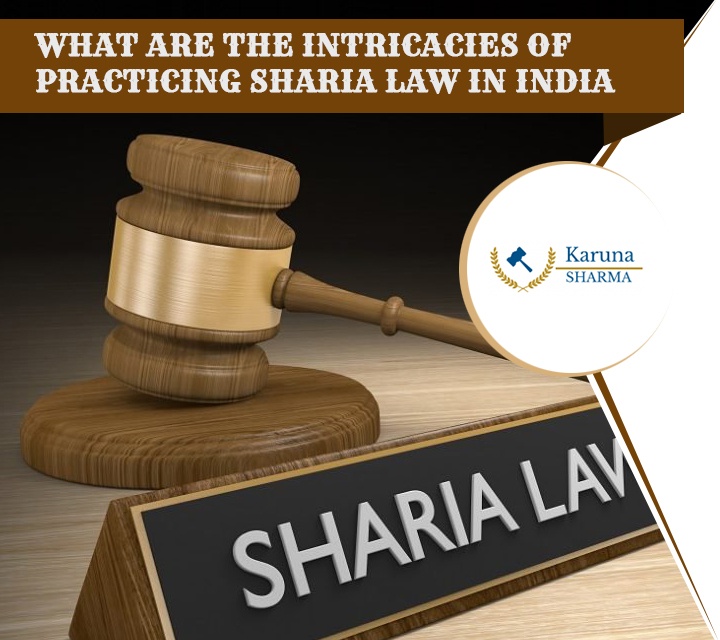 Sharia law India is a country with many different ethnic groups, making it difficult to unify all communities under the same set of laws. As a result, each community has been given the freedom to govern itself through personal laws for marriage, divorce, child support, succession, inheritance, and so on. The native communities’ habits, beliefs, and values have a significant influence on these laws. Similarly, it’s also essential that these communities practice the laws, freedoms and restrictions of their community in legal and judicial methods.

Among the various communities that call India their home, one of the largest ethnic and religious groups is Muslims, accounting for 15.5% of India’s 1.39 Billion people. Having almost 200 million Muslim Indians, it becomes crucial that India and its citizens promote inclusivity and incorporate elements of all cultures into their country. This large, ethically diverse group follows a set of rules called the Sharia Law that governs them and their practices.

To better understand and continue living in harmony, it is important that we under how the laws of different communities function and are inculcated into society. To accelerate this, we will be discussing Sharia Law in India and its various intricacies.

You can read also: How to differentiate between a Lawyer and an Advocate?

What is Sharia Law?

To better understand what sharia law in India is, we must define what it is. Muslims use the term ‘Sharia’ in a variety of ways. It could be described as “proper Islamic behaviour” or “the Muslim way of life” broader. There is no single ‘lawbook’ for Islamic law that a qazi or judge can consult. It is constantly various and new Fiqh or understanding in Sharia Law or Shariat Law in India because Fiqh is a vast collection of different, often competing interpretations of primary sources such as the Quran and Sunnah.

Muslim law in India is not as rigid and immutable as popular stereotypes suggest. It’s also important to recognise that entities claiming to be enforcing Sharia rules are enforcing laws that combine Islamic legal concepts, Fiqh, local customs, European law acquired from the colonial period, and civil law formed since independence.

These rules are implemented through the Sharia courts or centres in India. Therefore, to understand Shariat Law in India, we must know how it is implemented in these ‘courts.’

Sharia law in India is applied in ‘courts’ that strive to protect and enforce Sharia laws. Darul Qazas are the traditional names for these courts (or house of qazi). These Sharia courts are more of a counselling and arbitration centre than a court in the purest sense.

They are popular because they are open, informal, and voluntary institutions that deliver quick and inexpensive justice. Muslims, Women, frequently approach them for help with divorce, marriage, and child support and can go to these courts and seek counsel from the Qazis. The latter are said to be experts in Sharia rules and capable of making decisions in line with Islamic views.

Though these are popular and helpful, it all comes down to whether these courts Sharia Law in India are legally abiding and constitutional:

Freedom of conscience, free profession, practise, and most importantly, freedom of propagation of religion are all protected under Article 25 of the Indian Constitution. Hence, The Shariat Act of 1937 was enacted as a result of this procedure. Sharia Courts were established in India to ensure the proper application and enforcement of this legislation and Islamic practises. Muslim Act and Sharia Courts have become part of the Muslim way of life over time.

The existence of Sharia Courts can be demonstrated in two ways under this Article: To begin with, as previously stated, the laws that these Courts seek to execute do not violate the spirit of the Constitution or fundamental rights, therefore giving them legal standing.

As a result, Sharia Courts are also legally sanctioned.

Furthermore, it is not a denial of fundamental rights because it distinguishes the applicability of Islamic Personal Law in India. As a result, this statute is recognised lawful even in the context of Article 13. When it comes to Muslim personal law, the Quran is the closest thing to a full-fledged code. As a result, Shariat Courts can exist and issue fatwas as long as their primary role is to decide verdicts based on constitutionally applicable legislation.

In India, Sharia courts lack legal validity in essence. Although, it may be argued that there are compelling considerations to support their existence and legal recognition. The Supreme Court has categorically denied that these courts operate as a parallel justice system, instead referring to them as “informal justice institutions.” As a result, these courts cannot render decisions binding on an individual or influence the inhabitants of India’s fundamental rights.

Despite this, we must respect the rituals and religious sentiments of all religions present in our country. We hope that this article helped you find valuable information on the intricacies of practising Sharia Law in India and understand the need to respect all cultures and religions.

What is the OBC Commission