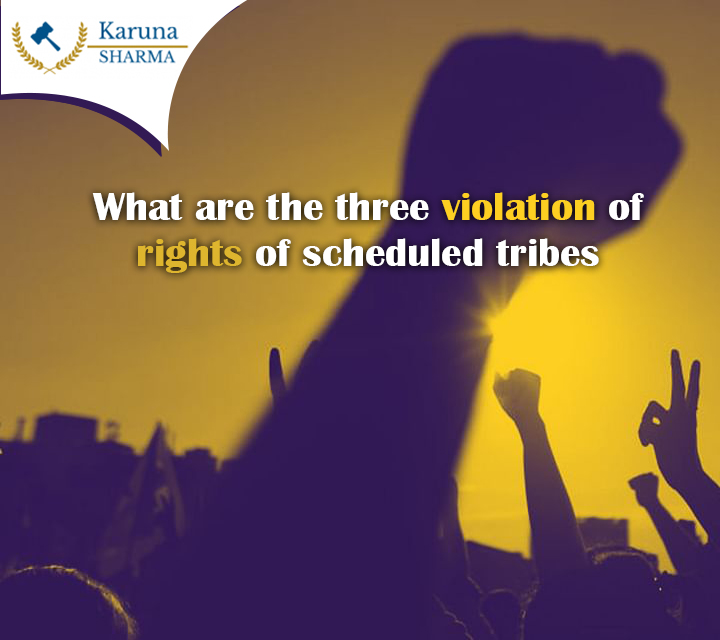 Our society is a diverse mosaic of people who practise various cultures and practises and who belong to various races, religions, castes, genders, and so on. However, these differences result in a lot of inequities in the population. In such circumstances, vulnerable groups, which are the most exploited, oppressed, and discriminated groups in the country, are growing. These vulnerable groups are referred to as ‘Weaker Sections’ under India’s Constitution.

Historically, the caste system in India classified people based on their work and social rank. In the economic, social, and civil aspects of human life, the caste system demonstrates basic prejudice. Throughout India, castes that have historically faced discrimination based on untouchability have been identified, catalogued, and put into the Constitution’s “schedule.”

One such group at the STs. The Scheduled Tribes are a community of India’s disadvantaged groupings of historically marginalised people. The phrases are defined in the Indian Constitution, and distinct groups are classified into one of several categories.

They used to undertake tasks that other people refused to do because it was disgusting. They may also be mistreated for the reasons stated above, or vice versa. There is no obvious rationale or explanation for why these people were tortured and treated as slaves.

To give these people the rights they deserved, and equal rights and opportunities Dr. B. R Amedkar created specific provisions to benefit them while drafting the Constitution in 1950. He created the Scheduled Castes and Scheduled Tribes (Prevention of Atrocities) Act, 1989. This Act was enacted to prevent atrocities against members of the Scheduled Castes and Scheduled Tribes. It established Special Courts for the trial of such offences, to provide relief and rehabilitation to victims of such offences, and to provide for matters connected with or incidental to such offences.

They had represented specific benefits, such as reservations for Scheduled Tribes, in order to balance the caste system in society (since in ancient society Scheduled Tribes were treated as untouchables).

We must have often heard the term ST when the topic of reservation or India’s history of discrimination is brought up. In this article we will be explaining what is the full form of ST, and the three violations of rights of the ST caste under the Indian Constitution.

India is an ethnically diversified country, and it is necessary that we learn how the rules of various communities operate and are inculcated into society in order to understand and continue to live in harmony.

The ST full form is Scheduled Tribe. In the ST caste full form, the word ‘scheduled’ is included because this group was included in one of India’s Constitution’s Schedules.

You can read also: What are Legal Remedies for SC?

There are four main violation of rights of ST community that has been happening since the colonial British period:

Large-scale corruption has not only resulted in hardship, but tribals are now more involved in insurgency activities and are willing to risk their lives in order to demand separate states.

Scheduled Tribes were granted certain privileges, rights, and responsibilities, as well as reservation quotas (as represented above). Scheduled Tribes were given rights and reservations to encourage development on par with other castes. Despite the fact that Scheduled Tribes have Reservations and Special Plans, they continue to refuse to accept some reforms and schemes because they believe they go against their beliefs and traditions. We hope that this article helped you understand the nuances of the violations and the urgent need for stricter legal protections for the underprivileged.

What are Legal Remedies for SC?

What is Jurisprudence and its kinds?

Advantages of Hiring a Female Lawyer