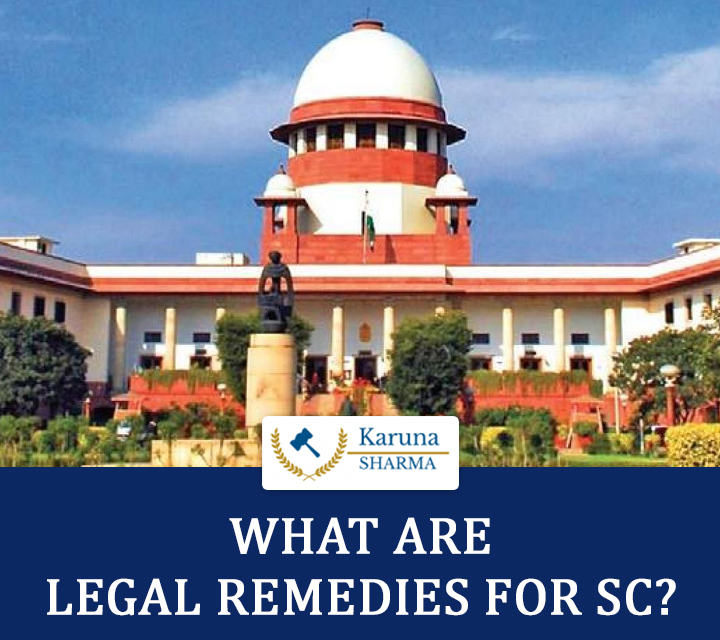 Legal Remedies for SC the status of scheduled castes and tribes has always been a source of debate in society. We claim to be treating them equally to other castes because we are a developing country, but this is not the case. They still have problems in current times, but we can conclude that the magnitude of their suffering is less than in the past. The government is taking different initiatives to improve their situation, including enacting specific laws, forming commissions just for their benefit, and attempting to improve their situation through reservation.

When the subject of reservation or India’s history of prejudice is brought up, we are sure to hear the term SC. When we speak of SCs it is important that we understand the SC full form. This article will explore the abbreviation of SC, so that you have a complete understanding of SC ka full form. At the same time, we will also as well mention in detail about the legal remedies they are offered.

You can read also: The Difference Between Police Custody And Judicial Custody Explained

If you had been wondering about the SC full form you need to note that Scheduled Caste is the full version of SC, based on the 12 schedules that make up the Indian Constitution. The word “scheduled” is added in the ST caste complete form since this group is listed in one of India’s Constitution’s Schedules. Often you would notice that the abbreviations SC and STs are often used together. But if you are confused about SC ST full form, let us clarify that they stand for Schedule Caste and Scheduled Tribes. Once you are aware of SC Caste full form you will also be able to understand the legal implications associated with them.

To understand and continue to live in harmony in a country as vast and different as India, we must study how the laws of distinct communities operate and are instilled into society.

Our Constitution, in particular, ensures that all citizens are treated fairly and have equal access to opportunities. It also recognizes that equal opportunity entails competition between equals rather than between “un equals.” Recognizing the inequity in our socioeconomic structure, the framers of the Constitution concluded that the state should treat the weaker portions of society with special care. As a result, the state was obligated to safeguard the more vulnerable members of the community.

As a result, the Constitution included provisions for protected discrimination in several clauses to hasten the process of establishing an equal social order. The below-mentioned provisions of the Indian Constitution ensure that Scheduled Castes and Scheduled Tribes are treated without discrimination. It assures the state and keeps it in check to ensure that it takes steps to enhance the socioeconomic conditions of SC/ST people so that they can achieve a basic level of life. The state is responsible for safeguarding their social, economic, and cultural rights.

The term “atrocities” is used in this act to refer to any act of inhumane character committed against members of scheduled castes and scheduled tribes. These actions include offenses listed in the Indian Penal Code.

The various Scheduled Castes were traditionally engaged in a variety of jobs. They were allocated different levels in the caste system’s overarching ritual and social hierarchy, based on their differing social and economic statuses. Although the Scheduled Castes were involved with social organization somehow, their contact with a person or a commodity belonging to a Caste Hindu was avoided to the greatest extent feasible. As a result, castes were divided into strata based on their distance from the “higher” castes. Discrimination can also take non-visible manifestations of caste prejudices, which can be heard in spoken language via idioms and phrases. However, there are no legal safeguards in place to prevent such verbal assaults.

These benefits, reservations, and legal remedies are like a helping hand in helping them improve their situation. Only when all parts of the population have progressed will our country be considered developed. Because, as Dr. B.R. Ambedkar correctly stated, “so long as you do not obtain social liberty, whatever freedom is offered by the law is of no avail to you,” Contributions not just from the government but also from other citizens are required. We hope this article helped you understand what is the full form of SC and also the need for these legal remedies to uplift these historically disadvantaged classes.

The All About the Indian Contract Act 1872

All About Muslim Law